Music and craft beer often go hand in hand and at Rare Form Brewing, they are intimately connected. Walking into the brewery in Troy, NY is like walking into a 70’s ski lodge where you might hear the sounds of Joy Division’s debut album. The band was in fact the inspiration for Rare Form’s signature beer, Troy Division – an easy to drink New England IPA. 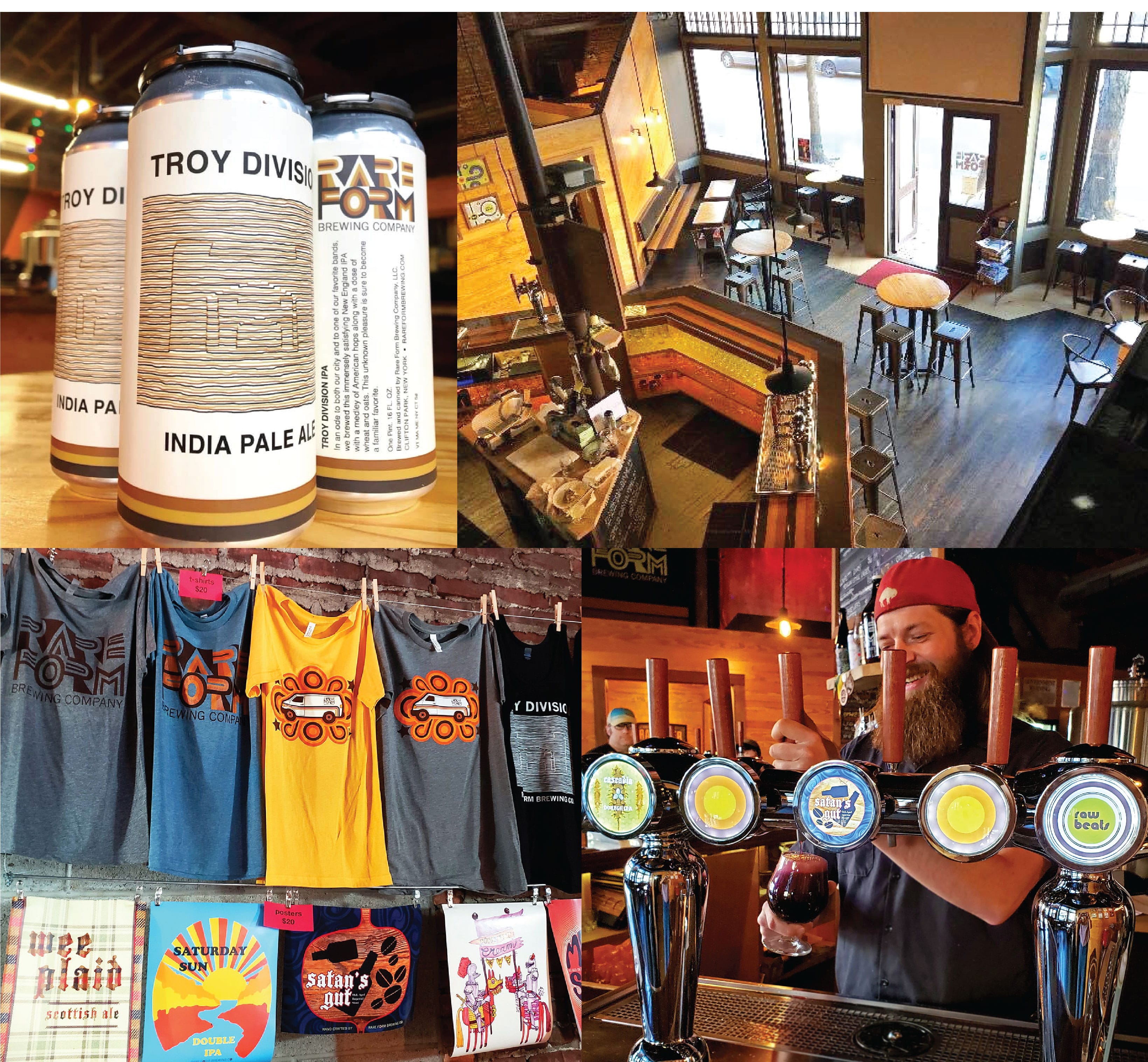 Rare Form is owned by former raft guide, Kevin Mullen, and his wife Jen, a formidable fine artist and art professor. Not only did she design the visual aesthetic of the Rare Form brand but like music, her art influences the beer recipes.

The iconic Rare Form van is what you would picture bands touring the country out of in the 1970’s. The van itself has become as much a part of the brewery’s image as the beer. Enthusiasts consistently post social media pictures of the van when seen driving to events or out for deliveries.