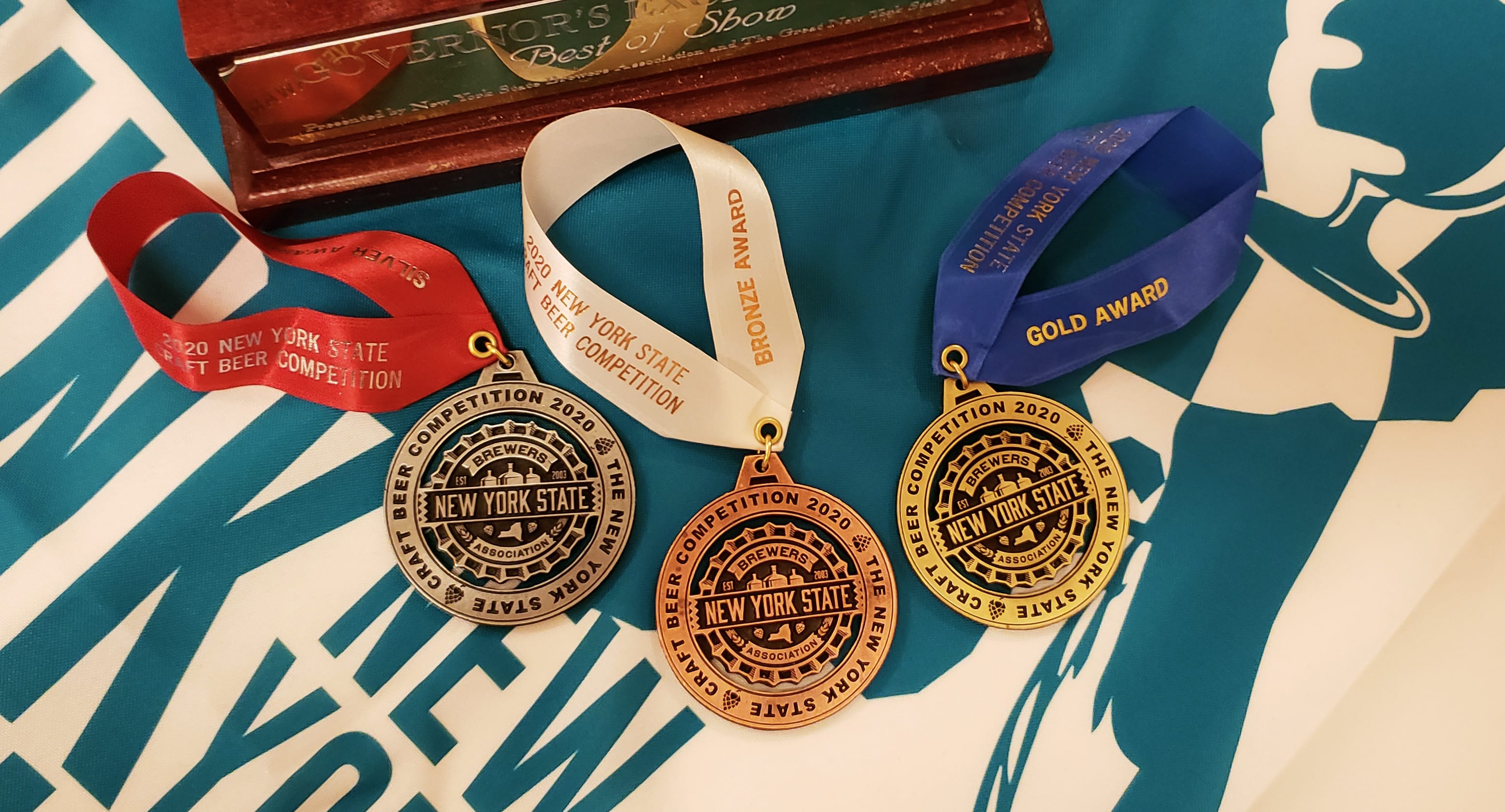 The awards ceremony (sponsored by Marathon Energy) took place virtually with 130+ breweries in attendance. It was also live streamed to the public on Facebook and YouTube.

Watch a replay of the Awards Ceremony here.

Thirty-six awards were presented across 13 categories including two special awards. The Governor’s Craft Beer Cup given to the Best of Show beer was awarded to Big aLICe Brewing Co. for The Many Lives of Our Lives in the Fruit and Spice Beer – sour category. This beer also took gold in the NYS Ingredient Award category, sponsored by NY Hop Guild, which recognizes a beer that uses NYS hops and all other ingredients at the current 60% standard. 135 entries in the competition met this threshold.

“While we cannot celebrate together in person, we still wanted to honor the high-quality beers coming out of New York State,” said Paul Leone, executive director of the New York State Brewers Association. “The virtual ceremony allowed us to not only connect with breweries across the state but also consumers, who normally don’t get to see the awards being announced. We hope it will further encourage consumers to support these and other New York State breweries.”

Bronze: Richard, or is it Dick? – ONCO Fermentations, Tully

At least 20% NYS hops, NYS Malt and other NYS ingredients