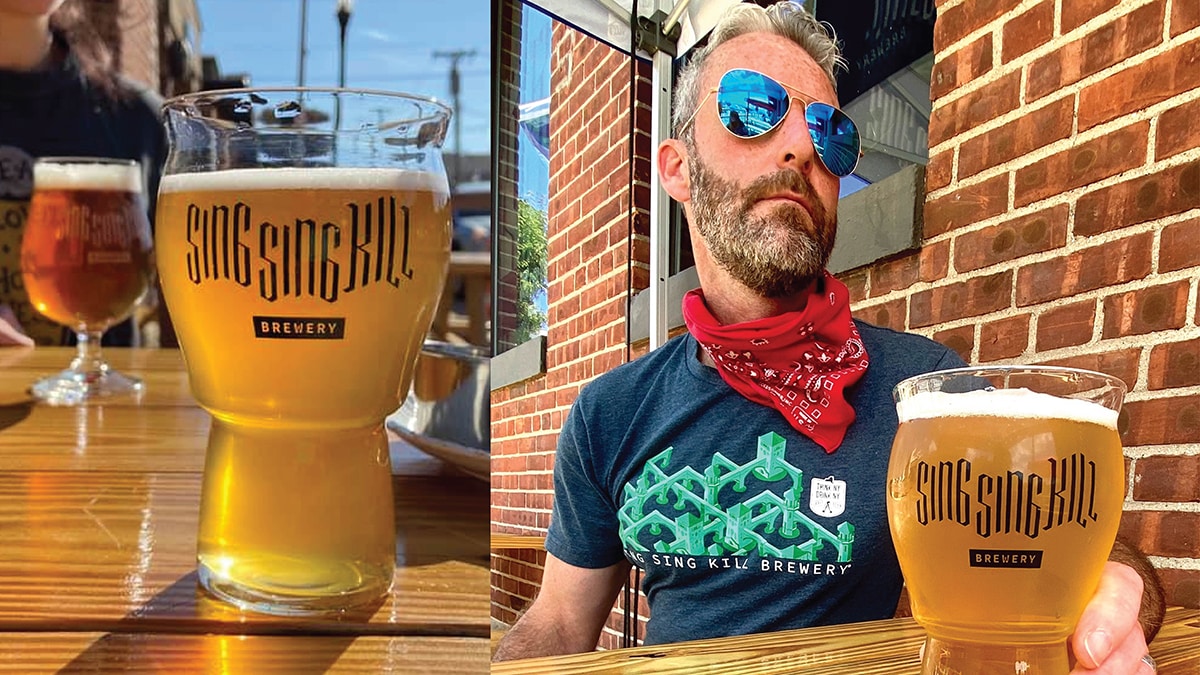 The NYSBA believes in the inclusion of all people; regardless of race, gender, sex, sexuality, economic class, disabilities, nation of origin, age, faith, or identity. It is our responsibility and resolve to create an environment in which all peoples feel welcome to participate to the greatest extent possible. Having conversations about inclusivity & diversity with industry members is an important step towards making our craft beer community more welcoming to all. #thinkNYdrinkNY #PeaceLoveBeer

What’s your role in the beer industry?

How did you get involved in craft beer?

I was consuming it like it was oxygen when I met my partner, Matt. Our wives grew up together and reunited when we all happened to move to Ossining in the same year. Matt was a homebrewer at the time, making incredible beer in his backyard.

The NY Farm Brewery bill had just passed. It was a sign. I could combine my activism in the anti-fracking movement with my love of beer by creating a craft beverage business that helps sustain Hudson Valley agriculture and boosts the economy in my own village. I approached Matt about opening a brewery. After 2 1/2 years of building at night and on weekends, we opened our doors in the Spring of 2018.

What was the first beer that got you into craft?

What does diversity and inclusion mean to you?

Actively, and authentically, incorporating a diversity of experience and perspective in both back and front-of-house operations.

Why is diversity and inclusion important for the brewing industry?

The overall health and prosperity of the industry demands that we grow the customer base. Sing Sing Kill Brewery is in a village that is predominantly people of color, which is not historically the craft beer market. Making our whole community feel welcome is integral to the success of our business. Instead of taking the big beer approach of catering to the lowest common denominator, the independent craft brewing industry is organically generating universal appeal by embracing a wider world view.

How would you like to see the craft beer community change and why?

Due to the pandemic, I think we are all in survival mode.

Do you have any stories you can share that made you reflect on inclusivity in our industry?

I was told that we run the gayest bar in Westchester. As a business, we certainly focus on creating a space where the LGBTQ+ community, and any other marginalized group, can feel comfortable and welcome. But the greater take-away was the difference between breweries and bars. Inherent in the brewery culture is an openness and a natural desire to collaborate.

What are some practices breweries can implement to make their environments more welcoming and accessible to all?

Partnering with organizations that share your core values and are doing good work within your community.

We are focused on creating a taproom environment where all people feel welcome. SSKB works closely with the Ossining LGBTQ Alliance to coordinate queer events in the taproom, like drag shows and queer country music night. We partnered with local activists to host UNIDOS: A Hispanic Heritage Month Fundraiser to benefit families separated at the border. On Sunday mornings when we push the tables aside for African Dance Class; live drummers accompany a local teacher with a loyal following of students. Reaching beyond the walls of our taproom, we created the Big–OSS BBQ beer/music/food festival to showcase the diversity of cultures represented in our local business community.

What makes you feel comfortable in a beer environment?

A free and casual atmosphere with a general lack of pretension and aggression.

Are there any barriers to inclusion that are specific to craft beer that you see?

Perception. For decades, beer has been marginalized as a one dimensional beverage, created by and for a specific type. Although a growing appreciation for the richness and complexity of craft beer is broadening the appeal and expanding the demographic, it’s going to take time and education to fully transform that stereotype.

What gives you hope about the future of craft beer in New York?

NY produces the best craft beer in the world. No other place on earth has better water or malt, and craft beer drinkers are recognizing that more and more every day.